Skip to content
September 20, 2018 Super Cooper of the Cotswolds

Since day one of getting Coops one of the main worries I’ve had is how he is when we leave him alone at home. We’ve always believed that he’s ok and that he sleeps the day away in between dog walks as whenever you get back he’s always stretching and yawning but you just don’t know for sure,…….Step in the Furbo.

I’d previously seen the Furbo advertised and thought what a great idea it was so when we were offered the chance to test it out we of course said yes as there’s nothing more important than the well being of our beloved pups. Especially when separation anxiety can be so common.

If you’ve not heard of the Furbo dog Cam before it’s a smart interactive dog camera that lets you see, talk and toss treats to you dog where ever you may be through a linked mobile App. With a 1080p Full HD, 160 degree wide angle camera which includes infrared night vision you can keep an eye on your beloved pets at all times. (Although I must admit the night time camera is a little creepy to watch when you’re in bed upstairs and no one is downstairs!) 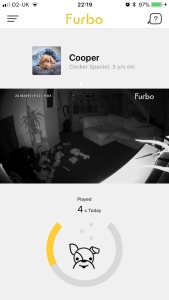 The picture quality is surprisingly clear and with the wide angle we can see our entire living room which is amazing. You can even take videos and pictures of what your pup is up to which is great he they’re up to something funny.

What’s even better is that it’s designed to even look great in your home and doesn’t look out of place on a shelf adorned with photos and plants.

One of the funnest features for both human and hound is the ability to treat your dog by tossing them treats whenever you want. Cooper cottoned onto the noise the machine makes just before it dispenses treats pretty quickly and if he happens to be chilling on the spare bed upstairs comes running pretty quickly.

On the App it’s self you can see how many times that day you’ve treated/played with your dog which is great so as to avoid over feeding.

You can easily fill up the Furbo with your dog’s favourite rounded treats by removing the lid and filling to the max line which can hold over 100 treats. When the Furbo fires the treats you can either use the pre-recorded noise or record your own message for your pup.

Another very handy feature is the two way audio which means you can hear what your dog is doing as well as speak through the Furbo to your dog to soothe or stop bad behaviours. Alongside the two way audio there is also a Real time barking alert which immediately alerts you to any loud noises at home. This is fab as you can see what’s happening and if your dog is distressed for some reason. 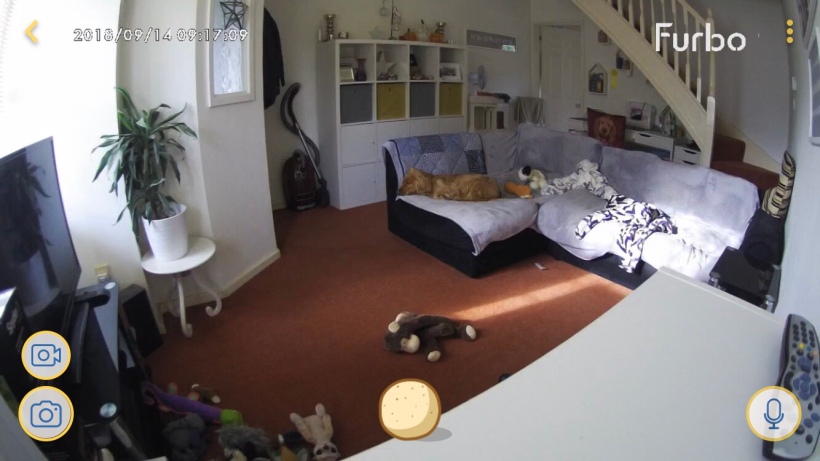 So what have we discovered about Cooper’s daytime habits,……..you guessed it, yes he does tend to sleep the day away! We haven’t really heard to much from him which is great as we know he obviously doesn’t get to worried about us leaving him. There has only been one occasion when I’ve heard him howling for a little bit and that was when I left him which doesn’t surprise me to much as he is a mummy’s boy. Thankfully he settled pretty quickly which was a relief. 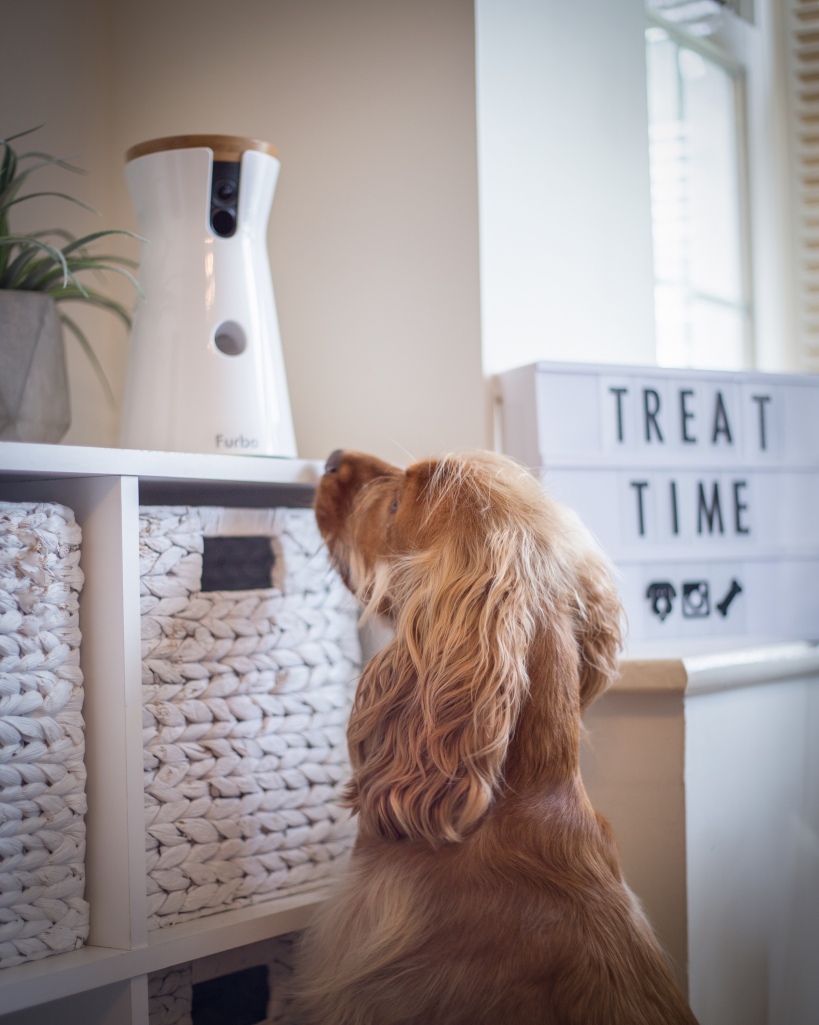 I think it’s fair to say that we all absolutely love the Furbo and would definitely buy another if anything was to happen to this one. It is a luxury item but then having that piece of mind that you can look in and check on your pup is just so valuable and you can’t put a price on that. They are available over right now for only £199 instead of the usual £249 RRP. Furbo.com

What are your thoughts on the Furbo? Are you tempted to get one to spy on your pup.

(This is an advertisement and was gifted to me by Furbo. All opinions are my own.)

This site uses Akismet to reduce spam. Learn how your comment data is processed.